In one of my late night online retail therapy sessions I bought tins to make baked donuts. It’s not as if I needed another kitchen gadget, but I thought it might be fun for the kids. (Ok, Ok … fun for me). Anyway, those bad boys have been sitting in my cupboard for about 2 years, so it was about time I gave them a go. I looked at a few recipes and decided to make my own version. The ingredients are straight forward, the recipe is pretty simple to make (as long as you remember to grease the pans really well), and the kids gobbled them up in seconds after they came out of the oven. But, truth be told, they are more like a muffin than a donut. And when asked what he thought of them, my eldest was quick to respond “They’re really good, but they’re not Tim’s” Oh well, what did I really expect? 😉

Mix the flour, baking powder, baking soda, salt and cinnamon in a bowl. Next mix the milk and lemon juice in a container so that it curdles (looks pretty gross but that’s what makes the donuts nice and fluffy!) While the milk is turning to “buttermilk”, put the eggs and sugar into a mixing bowl and beat them for a couple of minutes until they are nice and fluffy. 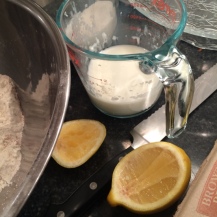 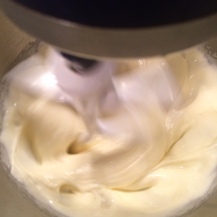 Now here’s the tricky part that you might need help with. Pour half of the mixture into a piping bag with the biggest round tip you have. I held the bag while my husband poured in the batter. Pipe the batter into the tins, until they are about half full. It takes a bit of skill to do this, and as you can see I made a bit of a mess!! 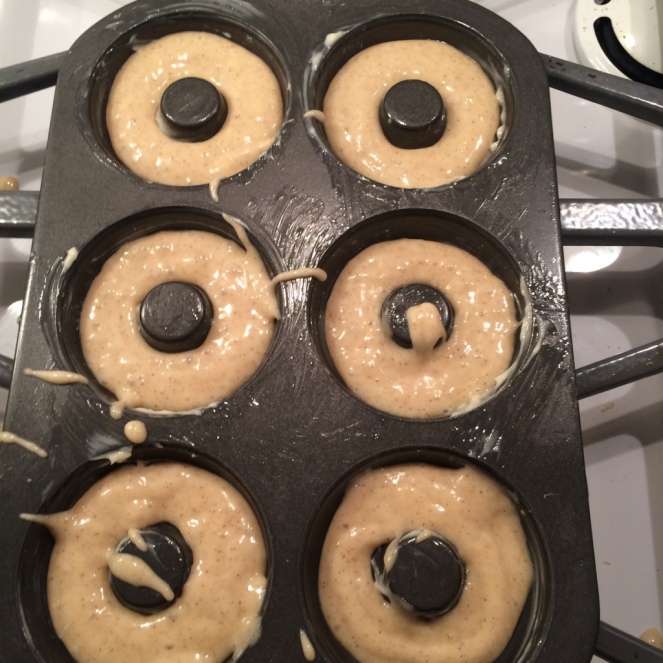 NOTE: Make sure you grease the pan really well. For the first batch, I didn’t do a very good job and I had a hard time removing the donuts from the tin. Ooops! 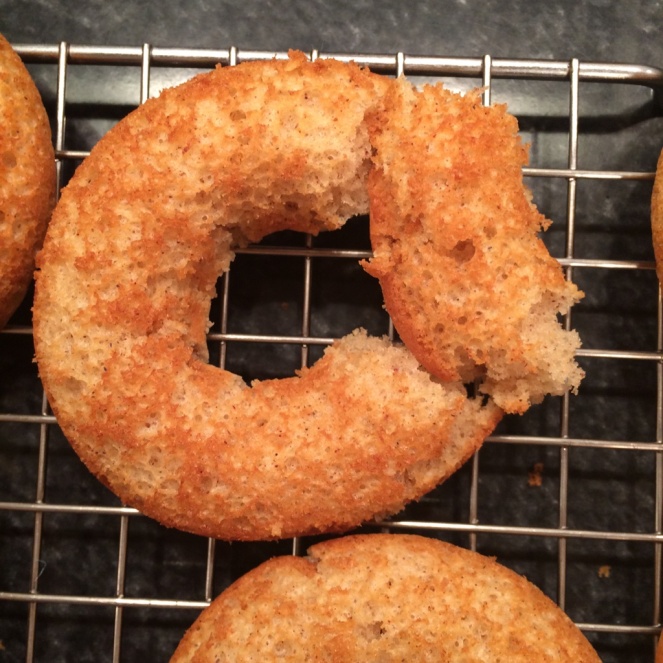 Remove from the baking tin, sprinkle with cinnamon sugar and enjoy!

4 thoughts on “Healthy Donuts – Two words you rarely see together”